Have you ever noticed how fascinated Speculative, SciFi/Fantasy, and Paranomral Thriller storytellers seem to be about Nazis?

From Marvel’s Hydra to PKD’s The Man in the High Castle, from Indiana Jones to Wolfenstein, from The Boys from Brazil to Arrowverse’s Earth X to…you get the idea.

You could spend years working through that reading list.

And to be honest, I have.

Recently, while researching my own W.I.P. (which, yes, involves Nazis) I came across a cool article titled Real places that look like they belong in fairy tales. Of the places listed, the only one I’ve actually been to is Neuschwanstein Castle in Alpine Bavaria, built by Ludwig II (“Crazy Ludwig”) in the late nineteenth century. Ludwig intended the place as a sort of “Grail Castle” in honor of Germany’s leading musical interpreter of Arthurian and Norse myths, Richard Wagner, so famously beloved of Hitler.

Musing on this, I began to proceed down one of those familiar intellectual rabbit-holes that have marked so much of my W.I.P.’s research.

“Grail Castle” instantly made me think of Richard Wagner’s Parsifal, Wagner’s take on the Grail Quest, coupled with the legend of the Spear of Destiny, the spear thrust into Christ’s side on the Cross. (Arrowverse, anyone?)

An aside: I’ve had a hard time warming up to–nay, tolerating–Wagner, at least when not performed by Bugs Bunny, but this Met Opera production starring Jonas Kaufmann as Parsifal really helped. (Pardon my affiliate link.)

Back to the Grail and the Spear: Like the Grail, the Spear is another powerful “magical talisman” for those so inclined.) Hitler actually possessed the Spear after the annexation of Austria in 1938, where he took it from the Hofburg Palace in Vienna. But I digress.

Anyway, that reminded me that Wagner’s opera was largely built on the version of the Percival/Grail stories served up by Wolfram von Eschenbach in his High Medieval romance (we would now call it “fantasy”) Parzival (another affiliate link), published in the first quarter of the 13th century. This was a generation after Chrétien de Troyes got the whole Grail thing rolling in France with his medieval romances/fantasies. It was Chrétien, in fact, who attached the Grail to the Arthur legend, while Wolfram added the bit with the Spear.

The Arthur/Grail/Spear legendarium was symbolically exploited, many centuries later, by Nazi propaganda in its ceaseless effort to elevate Hitler’s regime to quasi-mythical status.

But I digress again. Which is easy enough to do when one starts pondering these impenetrables.

Wolfram’s Parzival, it falls out, was also the subject of Dr. Walter Johannes Stein’s The Ninth Century and the Holy Grail. (And another affiliate link. Sorry.) Published in 1928 in German as Weltgeschichte im Lichte des Heiligen Gral. Das Neunte Jahrhundert, Stein’s book was intended as the first in a series on world history in the light of the Holy Grail, but Herr Dr. Stein never got beyond the first book. Possibly because, as a Jew, he was soon too busy trying to stay alive in the midst of Nazi genocide.

A student of Rudolf Steiner’s Anthroposophy and a teacher at one of Steiner’s Waldorf schools, Dr. Stein examines Wolfram’s work through an overtly esoteric (Steinerian) lens. As I read him, Stein sees the Percival/Grail story as something of an allegory, if that’s not too strong a word, for the soul’s journey towards initiation and spiritual enlightenment—a popular notion to this day, and one later picked up by the likes of Carl Jung, his wife Emma, and Joseph Campbell. I myself got almost three-quarters of the way through The Ninth Century before I decided I’d best first go brush up on my Steinerian Anthroposophy if I ever hoped to understand it. Having done some of that, I’ll be heading again into the ninth century anon.

But I digress again.

Anyhow, it turns out that Dr. Stein played a pivotal, if unwitting, role in turning the subject of Occult influence on Nazism into a cottage industry and popular trope.

Based in large measure on Dr. Stein’s alleged reportage to Ravenscroft of his encounters with a young penurious street artist and wannabe Dark Wizard in post-WWI Vienna, the book was a rousing success. To this day, it is likely the first book the unwary reader comes across on the subject of Nazis and the Occult.

Oh, by the way, that penurious street artist in Vienna that Stein supposedly encounterd? His name was Adolf Hitler.

And that’s probably the last thing I can report about the whole business with any confidence of factuality. Ravenscroft’s reportage is incredibly controversial, not the least because Dr. Stein’s papers, if they ever existed, are nowhere to be found, and Ravenscroft, according to investigative reporter Eric Wynants, later admitted that his “contact” with Stein was purely psychic in nature.

Such are the bunny trails one follows when one takes up this subject. It’s rather like being a character in an Umberto Eco novel.

Be all that as it may—back to Neuschwanstein—here’s a wonderful BBC documentary entitled, Fairytale Castles of Ludwig II: 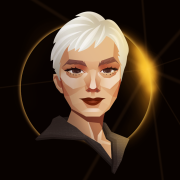